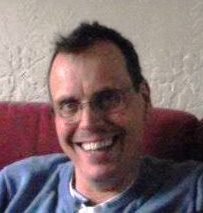 I have written this down in the hope it will help people understand the choices you may have to make with end stage lung disease. This is not medical advice, this is my journey and the decisions I made surrounding pre transplant lung surgery and why I made them…

This for me is a three year journey, after a very bad spell of infections I started to collect fluid in the cavity of my right lung, (PLURA). To remove the fluid they give you a chest drain. This is done by placing a needle and tube into the plura, the fluid then drains off into a bottle. This is all done under local anesthetic you are awake the whole time, it’s uncomfortable but bearable. Unfortunately for me this kept happening so they asked if they could look inside my lungs using the Vats procedure. They discovered the lining of my lungs were badly scared and most probably would never heal enough to stop fluid entering the plura. In all I had seventeen lung drains and one permanent drain (which blocked after two weeks) fitted. This all took place over the period of a year.

The consultant then spelled out my options pleurodsis or transplant.

I could be listed for a double lung transplant now or have the lining of my lungs stuck together and the chances are I could only have a single lung transplant later if my lungs kept on deteriorating, As I had a liver transplant three years earlier and the new liver was producing the alpha protein they could not be sure. At around this time they started me on a long term course of Azithromycin an antibiotic 3 times a week .This was to help prevent further infections and damage to my lungs.

I found this to be a big operation much bigger than I expected, it took me about a month to get over. Under general anesthetic you are operated on in an operating theatre. All the fluid is drained from the plura and talc is introduced to irritate the lung wall and chest lining causing them to fuse together. The operation took around 1 hour when I came to I had two drains coming out of my chest as I had a lot of bleeding. After a couple of days the drains were removed and I left hospital after a week. I remember one of the worse pains was my right arm, it was very painful to move my right arm for weeks afterwards. Also my Oxygen saturation levels dropped by a couple of points after Pleurodsis.

After about one month I managed to return to work, I was mobile again although with slightly reduced mobility also my ambulatory 0/2 was increased from 2 ltrs per minute to 4 ltrs per minute to keep by SATS above 90 when I walked.  All seemed ok I thought as I recover fully my SATS will improve and life will return to normal for me, and although I’m not very mobile but I still have an acceptable quality of life.

I did manage a good year without any infections, I was getting very tired at the end of a day’s work but all in all a good year. I managed a holiday and thought yes I can live life like this.

The first signs things were going wrong was fluid building up in my feet (edema) my feet would swell so much I could not put shoes on, it got so painful at times I couldn’t wiggle my toes. I would finish work take my shoes off lay flat with my legs elevated, in the middle of the night I would get the worse cramp it was an awful time. I had to stop working again, it reached a point were crossing the road was a challenge some days getting out of bed. My walking was down to about 100 yards on 4 ltrs of 0/2, Things were going wrong fast. My consultant then told me my lung function had started to drop again and the only option was transplant. I did the transplant review and sure enough due to the pleurodsis I would only be considered for a single lung transplant.  After two false alarms and 80 days I received the gift of life from my wonderful donor and I feel good.

I have changed my mind from I made the wrong choice three years ago to maybe I got it right. As I lie in my hospital bed 15 days post-transplant feeling fantastic my future ahead of me, I must believe I made the right choice only time can answer this. If I have chronic rejection early clearly I got it wrong if in five years all is going well I was right. I gained one good year and put my body through a lot to get it. I also delayed the transplant for three years do I take those years into account? One of the best things I did was go on long term antibiotics, this did keep me infection free. I most probably left it too late to be listed and let myself get too ill and gambled with my life.

I was lucky to get the transplant so fast, thanks to the wonderful Papworth hospital for pulling out all the stops. People should consider will they be as lucky as me you might be on the waiting list a long time with no quality of life or death. It must be each individual’s choice be guided by your body listen to your family. I am guilty of believing I’m healthier than I actually was, but don’t we all? Overall all for me I believe I was lucky and I got it right only time will tell.