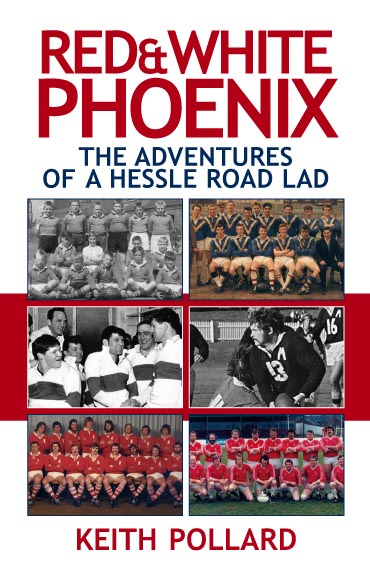 This remarkable new autobiography recalls the days when rugby league could be brutal and was regularly described as ‘The toughest sport in the World.’

It follows Keith from his days at Hull KR in the mid-sixties where he packed down with legends such as Peter Flanagan and Frank Foster, to the climax of his unique career, playing for Maitland in Australia during the seventies, in the highly competitive Newcastle league.

‘We thought he was a god from another planet’ said Maitland team mate and later Hull FC coach, Peter Sharp, after Keith had played and won in two Grand Finals.

But ‘Red & White Phoenix’ is far more than just a sporting memoir. Keith’s playing days provide the centre piece of a finely woven story, containing tales from Hull’s illustrious history, memories of youthful exuberance, anecdotes from a fascinating working life and a heart-breaking account recalling the tragic death of his son Jason.